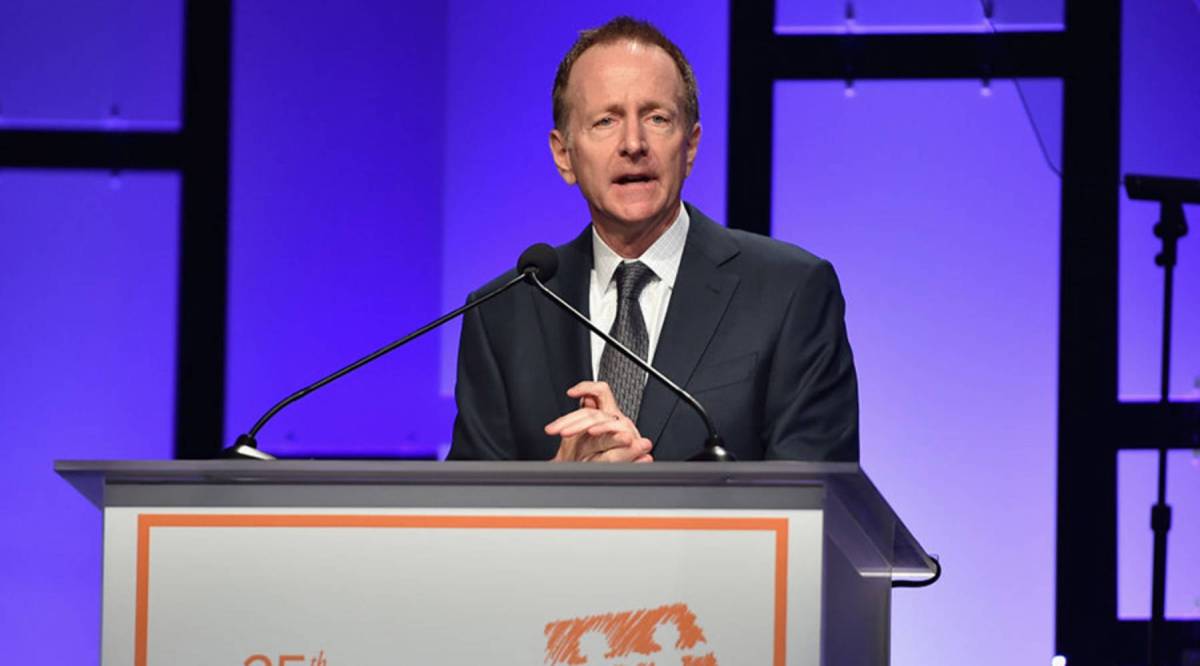 Why would a former investment banker want to run Los Angeles schools?

The Los Angeles Unified School District is the second largest school district in the country, with more than 640,000 students enrolled in institutions in Southern California. Philanthropist Austin Beutner, who was also a former investment banker, deputy mayor of Los Angeles and editor at the Los Angeles Times, was recently appointed director of LAUSD. Marketplace Weekend host Lizzie O’Leary spoke to Buetner and asked him why this job now? The following is an edited transcript of their conversation.

Austin Beutner: It is about the children. My own roots, my mom was a teacher, my dad worked very, very hard to make sure I had a great public education. It’s that commonplace – it’s the community place, the commonplace, the community connects. And if we can offer the students the same opportunity that I had with an excellent public education, what a gift, what an honor to be able to work in this direction.

Lizzie O’Leary: Where do you start? You know, when I look at the numbers, LAUSD has $ 15.2 billion in pension liabilities, potentially a budget shortfall of around $ 380 million by the 2021 school year. finances ?

Beutner: Let’s be careful when looking at a budget to remember that it’s not just a bunch of numbers on a page. It is a statement that reflects the values â€‹â€‹of the organization, reflects the values â€‹â€‹of the community. It serves parents who trust their children’s lives with a great education at LA Unified. So part of what we need to do is take a step back before we can take a step forward, and taking a step back we have to look at the resources that we have. We are going to have to discuss with the community how we will find more resources. And part of the challenge will be to ensure that the resources we invest today reflect the organization’s mission, which is to help every child succeed, and reflect the values â€‹â€‹of the community they serve.

O’Leary: It all sounds like, you know, a series of laudable goals, but I guess in terms of execution you’re going to have to make some tough choices. Does that mean layoffs, pay cuts? How do you make those numbers work?

Beutner: School districts, school leaders, and schools are what make good school districts, and not the other way around. And if we go back to the student in their class – when you talk about things like the cuts, if that means there are fewer teachers, it means the class sizes are larger. This means that students are not getting the knowledge, the attention, the insight, the inspiration that they need. So we have to be careful, when we start to go down this path, not to end up with a self-fulfilling proposition where the outcome, the inspiration, the upbringing of that child gets worse. We must therefore approach it fairly cautiously.

O’Leary: Another big part of this puzzle, and, you know, something that has been going on in LA Unified for quite some time, is the registration issue. Some parents have chosen to send their children to charter schools, and enrollment has dropped, I guess, by 30% since 2004? Where do you see registration as a priority for you?

Beutner: Let’s crop slightly. In Los Angeles, about 500,000 students today woke up this morning and went to a traditional public school. About 100,000 people woke up and went to a public charter school. It’s a bit of a false choice. What we need to do is make sure that the 500,000 students in the traditional public school receive the best possible education and that the 100,000 students in a public charter school receive the best possible education. But to present it all as a conversation about the charter / no charter, I think the most important point is missing, which is: we need to make sure that each school is doing the best possible job for the students in this school, keep all the schools at the highest possible standard, and that’s what’s going to help the children.

O’Leary: Obviously, you have a different background than most people who have held this position in Los Angeles before. But it is not uncommon in a large school system for someone with a business background to be called upon. There have been successes and failures in this regard. Certainly in New York, Cathie Black lasted some 90 days. And I guess I’m curious. Do you think the school system can be run like a business?

Beutner: So I have been involved in leading large, complex organizations – private and public – and you are learning things. You have learned that there are differences. You learn that the values â€‹â€‹of the organization, the purpose of the organization may be different. Schools don’t have a bottom line, but that doesn’t mean you can’t measure and hold accountable. That doesn’t mean you can’t make sure your workforce is well trained and has the tools they need to be successful. It doesn’t mean communicating with your customers, if you will, who are the parents and the communities we serve. These are similarities between all businesses, whether it is meeting needs with public resources for the public good or a private organization. I also think it’s important in any new organization to make sure you listen and understand carefully. The choice of words matters a lot. When I was involved in Russia many years ago, I had a heated debate with an individual about why companies, at that time, should make a profit. We are helping to put in place certain tools to support a market economy in Russia, and this elected representative vehemently opposed them. I laughed. I spoke to my interpreter afterwards and asked him what he thought I was trying to say, and this young man, the interpreter, said to me, â€œWell, it’s simple, So when you take advantage is when you take advantage of someone. Now, I had had a lemonade stand as a kid, and this was probably the first time I learned that income minus costs are benefits, but this gentleman that I was in this heated debate in Russia never had a lemonade stand, and in the Soviet system profit was to take advantage of someone else. And I think one of the most important things when entering a complex corporate organization like LA Unified is to make sure that we use the word choice carefully, that I understand what is being conveyed, that we’re trying to distill some of the lingo into simple English and what word choice I have – I use the word change, and that means to me, it connotes something very positive. For those who have worked here today, it could be, it could be riskier, it could be a difficult change. This change could be seen as a criticism of what’s being done, and it’s not at all. We just need to find a way to better meet the needs of children, to close the gap of opportunity that you and I talked about earlier. And the best word I can think of is change. But I understand that some people may interpret this in a not so positive way, but we have to improve ourselves in what we do. And I think that transfer between the public and the private, those who are successful, understand at the base, start with communication – be prepared to listen, make sure what you are trying to do as a leader is understood. by the organization. It sounds simple to talk about it with you, but it’s not that simple to execute, and it takes a little forethought.

O’Leary: Before I let you go, I’m just curious, you might not have thought about it yet, but when you think about what kind of impact you want to have on this school system and on the lives of these children and parents whose will have a big influence on you, what do you want to take out?

Beutner: I did it better. I mean, it’s a privilege and an honor, really, to be a part of the leadership team of an organization where so many people entrust their child’s life and future to this organization. It is a special place, you have to respect it, you have to honor it and you have to understand that it has a lot of consequences in the decisions that you will be a part of. But if I can look back over a period of years, not weeks and months, and say that I have helped create a better opportunity for this student to be inspired and to be successful and to have a great public education? and to do wonderful things in his life and to be happy as I have been in my life, I will consider it a great success.