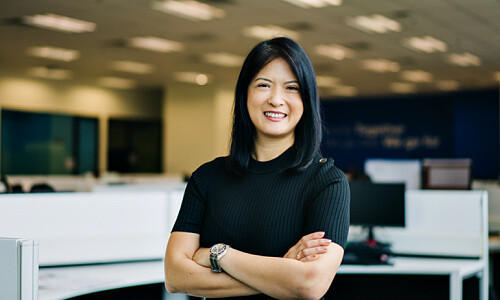 The appointment is subject to approval by the Monetary Authority of Singapore, the city-state’s central bank, the company said in a press release on Monday.

Previously, Choo also held positions at Morgan Stanley, Nomura and Citigroup, working on deals including listing Suntec REIT and Parkway Life REIT on SGX, according to the release. Choo had joined ADDX in January 2020 as Chief Commercial Officer, according to the statement.

Choo will lead ADDX Pte. Ltd., a newly created entity to operate the ADDX platform, while Danny Toewho ran the platform through parent company, ICHX Tech, will remain CEO of ICHX Tech, according to the statement.

Besides, Darius Liuwho was Chief Operating Officer will become Group Chief Strategy Officer of ICHX Tech, while Inmoo Hwangwho was responsible for business strategy and growth, will take over as COO of ADDX, according to the release.

The company plans to expand, expecting its workforce to grow to 120 this year from 90 at the end of 2021, the statement said.

Choo predicted that the ADDX platform will post $1 billion in transactions by 2023, compared to total transactions of more than $150 million in 2021, according to the statement. Most of the activity comes from accredited individual investors from 27 countries in Asia, Europe and the Americas, the statement said, noting that individual account openings are growing 120% annually.

The ADDX said the pace of growth is expected to pick up over this year and next year as more institutional and corporate investor accounts are opened, anticipating the number of transactions to increase to 100 by 2023, about four times compared to 24 transactions by the end of 2021.

The multi-asset exchange offers funds, bonds and stocks, with products representing private equity and venture capital, private debt, real estate, hedge funds and crypto funds, the statement said, adding that it uses blockchain and smart contracts to automate issuance, custody, distribution and secondary trading. Investments can be split at $10,000 starting at $1 million, according to the release.

In January 2021, parent company ICHX Tech raised a $50 million Series A funding round, with backing from Singapore Exchange, Temasek subsidiary Heliconia Capital and Japanese state-backed investors JIC Venture Growth Investments and the Development Bank of Japan, according to the statement.