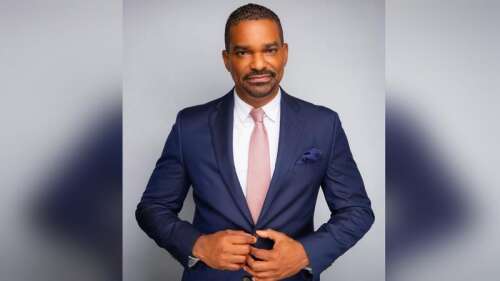 NEW YORK (AP) — Donald Trump’s luxury hotel near the White House, which attracted diplomats, lobbyists and much controversy while he was president, received government approval on Friday to hand over the keys to an investment fund in Miami headed by Jamaican-born Raoul Thomas.

It’s the final hurdle to a sale that many industry experts doubted he’d ever clear.

The federal government agency overseeing the building said an “extensive and comprehensive” review found no issues with the Trump Organization’s plans to sell to a fund run by Thomas’ CGI Merchant Group. The Associated Press reported that the investors include former New York Yankees slugger Alex Rodriguez. The $375 million price tag is far more than many expected for a hotel that lost tens of millions of dollars while Trump was president.

The deal is a significant win for the ex-president’s company after business partners severed ties following the Jan. 6 Capitol riot by Trump supporters last year. The sprawling real estate company, which owns golf courses, clubs and office towers, had also been reeling from the pandemic closures.

The US$375 million would more than offset the US$200 million invested by Trump’s firm in renovating the historic former federally owned post office into a hotel, as well as the US$70 million that a Congressional oversight committee said the hotel lost out on Trump’s four years. years in power.

One of Trump’s sons overseeing the company, Eric Trump, declined to comment other than confirming that the federal government’s green light was the final condition for closing the deal.

A spokesperson for Rodriguez did not immediately respond to requests for comment.

Government ethicists have long criticized Trump for opening the hotel to lobbyists, diplomats and others who might have wanted to influence policy. The hotel has been at the center of several lawsuits and investigations, including one by the House Oversight Committee.

“A sale of the Trump Hotel does not resolve the committee’s serious concerns about former President Trump’s conflicts of interest,” said New York Democratic Rep. Carolyn Maloney, chair of the committee. “No one is above the law.”

The Trump family is not selling the building itself, but a long-term lease it entered into with the federal government in exchange for it being repaired and paying rent. This deal was overseen by the General Services Administration, the federal agency that completed the review of the sale.

When the new deal is finalized in the coming weeks, the new owners plan to remove the Trump name from the facade and turn the 263-room hotel into the Waldorf Astoria under a separate deal with owner Hilton. of this luxury brand.

Other changes are unclear, but if CGI, Rodriguez and the other investors follow the pattern of past deals they struck together, the property could go from a magnet for Trump supporters to a liberal gathering spot. and environmentally friendly.

The investors, through their CGI-led fund, bought two hotels in Miami and a third on the Morris Brown College campus in Atlanta and rebranded them as a chain of ‘socially responsible’ and ‘eco-friendly’ properties. ‘environment “.

CGI CEO and Founder Thomas is a major Democratic Party donor who has pledged 1% of chamber revenue to local charities, buying from local businesses and using eco-friendly products .

Rodriguez isn’t the only celebrity investor. CGI has confirmed that former boxing champion Floyd Mayweather Jr is also part of the fund and will co-own the hotel.