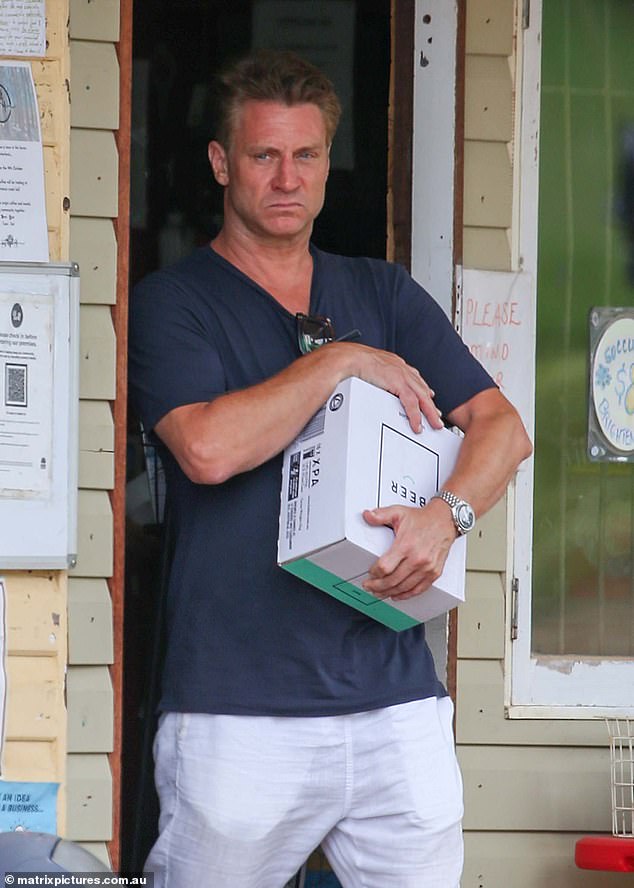 A high-flying banker banned from drinking while on bail for allegedly bashing his wife has now been charged with high-range drink driving.

Fredrik Blencke was allegedly four times over the legal limit when he was stopped in a silver Mercedes-Benz in the Northern Rivers region of New South Wales.

The 49-year-old spent Christmas and New Year in jail for breaching bail after he was charged with assaulting his 30-year-old wife Annabelle Price and contravening a restraining order.

Fredrik Blencke was allegedly four times over the legal limit when he was stopped in a silver Mercedes-Benz at Federal, in the Northern Rivers region of NSW, on February 26. Blencke was pictured picking up six bottles of wine from a liquor shop 15 minutes drive away on February 2 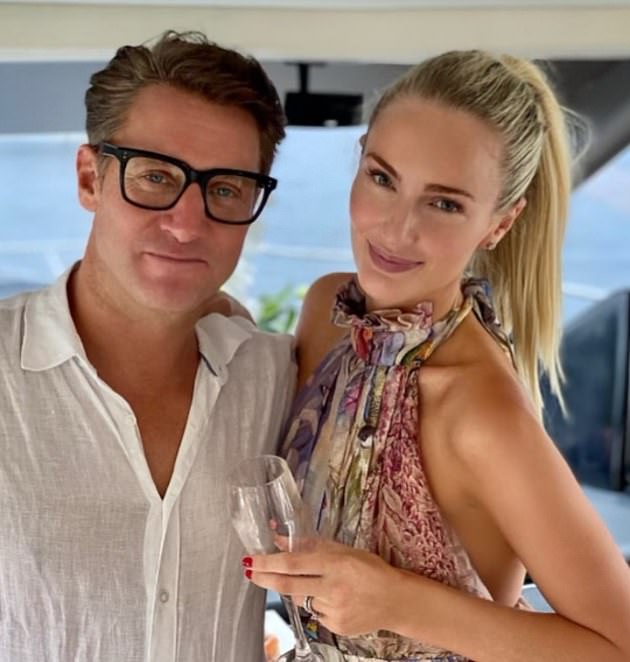 Police allege Blencke assaulted his wife Annabelle Price inside a ward of the Sydney Children’s Hospital, prompting several nurses to rush to her aid and order him to leave. He is also accused of assaulting Ms Price in the couple’s Vaucluse home

Police arrested Blencke about 8.50pm on February 26 after he allegedly blew 0.183 in a roadside breath test in Byron Street at Bangalow.

Blencke, who was charged with a further breach of his bail, is set to face Tweed Heads Local Court for the alleged drink driving offense on March 21.

Two weeks before his latest arrest Blencke was spotted buying six bottles of wine from a liquor store at Federal, about 15 minutes’ drive from Bangalow.

Blencke put the wine in the boot of his Mercedes and drove back to a palatial home where he is staying until his next court appearances.

Just hours before buying the wine, police had issued Blencke with an official warning for allegedly breaching his bail conditions after he was seen at popular nightclub Casa Luna on January 28. 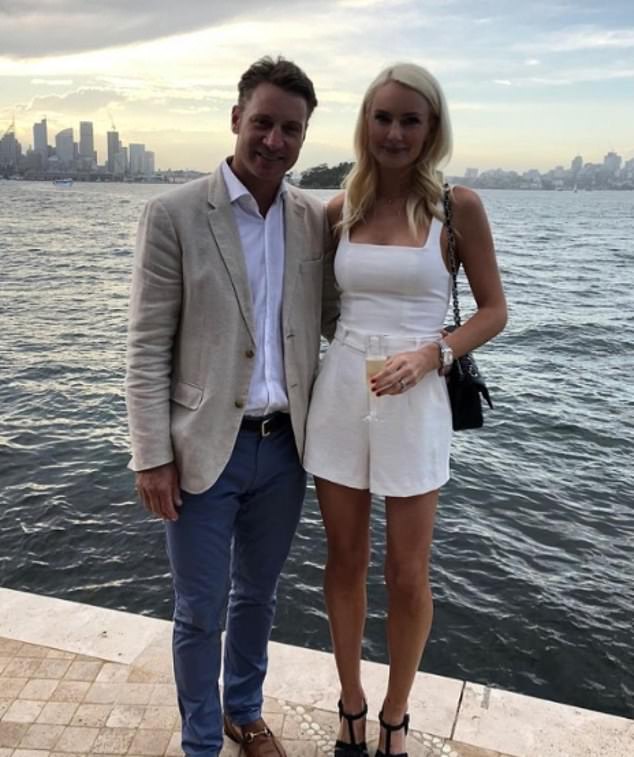 Police arrested Blencke about 8.50pm on February 26 after he allegedly blew 0.183 in a roadside breath test in Byron Street at Bangalow. He is pictured with his wife

Magistrate Jacqueline Milledge granted Blencke bail on January 12 on the proviso he did not drink alcohol, consume illicit drugs or go to any licensed premises, after describe him as ‘out-of-control’.

‘Not even a Chinese restaurant, Mr Blencke,’ Ms Milledge said. ‘You’ll be dining on take away only.’

Blencke is facing two charges of assaulting his wife and an unrelated charge of assaulting police after an incident outside a Sydney pub last year.

He has been staying at Lune de Sang, an award-winning 146 hectare timber plantation in the Byron Bay hinterland owned by one of his friends.

According to his LinkedIn profile, Blencke specializes in providing bespoke investment management solutions for high net worth clients. 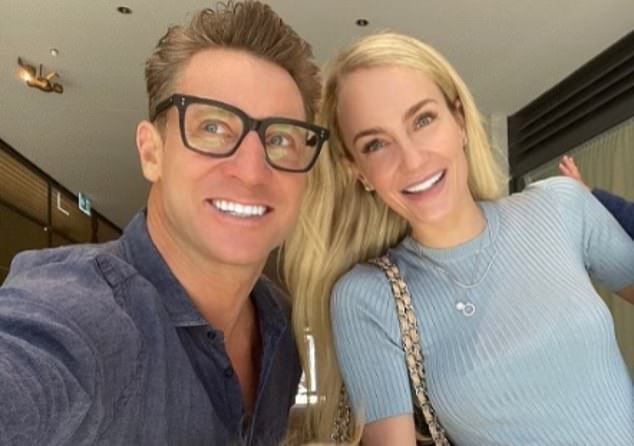 Blencke was branded ‘out of control’ by a magistrate, who went on to grant him bail

But a former friend of Blencke’s told Daily Mail Australia his contract was terminated after his release from prison.

Police allege Blencke assaulted Ms Price inside a ward of the Sydney Children’s Hospital, prompting several nurses to rush to her aid and order him to leave.

The court heard that a month later, Blencke acted aggressively inside the couple’s luxury Vaucluse mansion, where they paid $3,400 a week rent.

Bail was granted despite opposition by the police prosecutor, who insisted he posed an unacceptable risk to his estranged wife.

The prosecutor noted Blencke had previously breached his bail and an apprehended violence order in place for Ms Price’s safety.

Court documents state Ms Price called Blencke to inform him their daughter was in hospital on November 14, and that he was slurring on the phone. 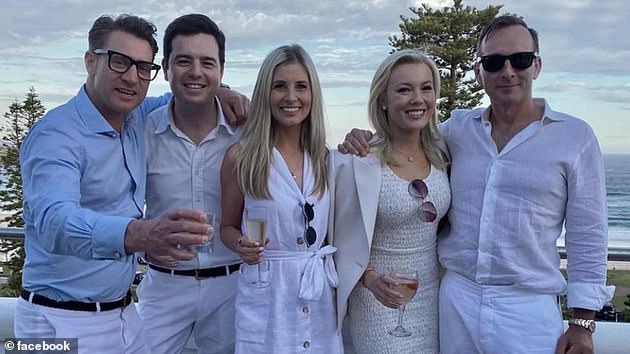 ‘When the [alleged] victim attempted to ask the accused to assist with her other child he became aggressive and uncooperative,’ the documents state.

‘An argument ensued, leading to the accused then grabbing the [alleged] victim on the left arm and gripping tightly causing immediate pain.’

On December 15, Blencke allegedly ‘struck his fists’ on the island bench in the couple’s kitchen, causing the bench to shake so intensely it was felt by a 12-month-old child sitting in a nearby high chair. 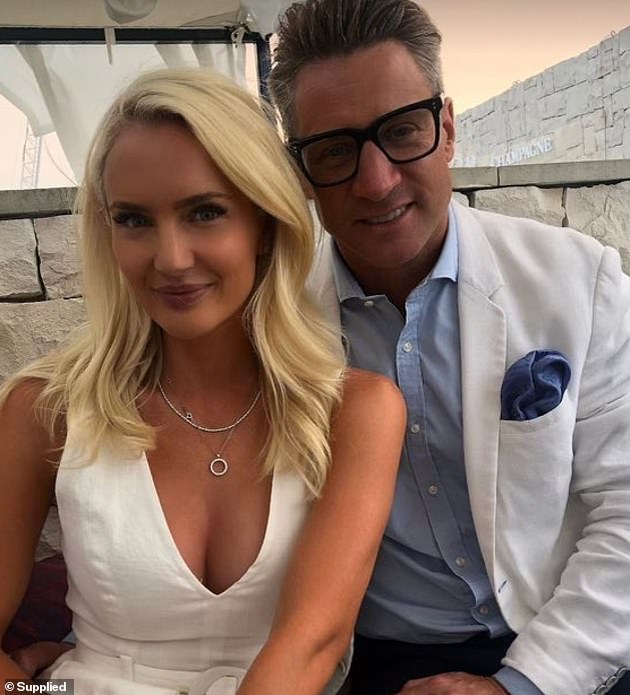