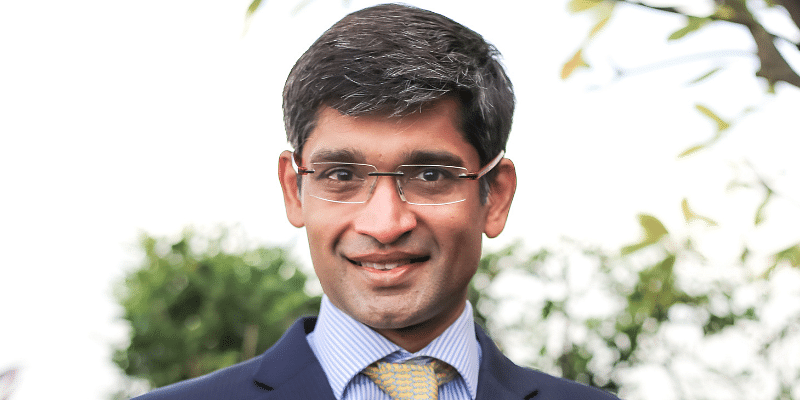 Startups are all about the hustle and bustle and the energy because they’re generally on a fast growing track. In such a scenario, the key pillar that makes all the difference is the human resources (HR) element.

Connexio, founded by Saurabh Jain wants to help startups find the right talent. The Singapore and India-based executive search startup believes in deep engagement with founders to understand what kind of talent they would like to hire rather than relying on the resume.

An investment banker by profession with two decades of experience, DNA was very transactional for Saurabh, but it was also very interpersonal. Saurabh felt the two could come together for executive search or headhunting business.

Saurabh spoke to multiple stakeholders across the recruiting ecosystem and created his startup in 2017.

Today, Connexio generates around 75% of its business from the startup segment, which includes consumer tech, healthcare and edtech companies, in addition to venture capital and private equity. The rest include a wide range of sectors from the old economy including BFSI, pharma, aviation, consumer and many more.

Even though Saurabh has an investment banking background, the entrepreneurial bug has always been around given his family background. A chartered accountant with an MBA, he turned to the world of finance by working with global banks while holding key positions.

At Deutsche Bank, where he was COO of the investment bank for the APAC region, Saurabh found his entrepreneurial vocation and what he was passionate about.

â€œDuring my last job at Deutsche Bank, I realized that my interest lay in the people side of the business, be it talent acquisition, management, strategy or allocation resources, â€says Saurabh.

Connexio first started focusing on the financial sector by engaging with global banks as that was Saurabh’s strong suit, but then expanded to the fintech side of the business, which is dominated by startups.

According to Saurabh, founders are always in a rush because they need to show results quickly, forcing them to hire the right talent.

Saurabh realized there were gaps in the way startups recruit talent. There are other executive search companies out there, but they only provide or seek talent for a certain need.

â€œThe founding community doesn’t have the facility where there are people who really make the effort to understand what they need. We have more in-depth conversations to really understand the client and explain to them what a good fit is, â€says Saurabh.

He believes there are various little nuances that make a difference for startups in expansion mode. He remarks wryly: â€œOn paper (read the CV), everything looks perfect.

The relationship with startups helps Connexio to understand the ethics and projects of these companies.

â€œWe strive to understand startups and when the need arises, we know what they’re looking for and help them find the right talent,â€ says Saurabh.

Connexio initiates a dialogue with the founders of startups and a lower level. He then matches talent at different levels, whether it’s CXOs, tech pros, or even mass recruiting.

Speaking about the reasons why Connexio decided to focus on the startup segment, Saurabh says the opportunity is much wider for them because all startups are very founder-oriented and they can understand the ethics of the organization. .

He says: â€œWhen it comes to startups, it’s always the vision of the founders. They are very clear on what they want and we get some clarification on what will and will not work. “

For Connexio, the ability to provide added value to startups is high compared to a very large organization.

Among the startups that Connexio has formed relationships with, it’s clear that it will focus on non-unicorns. Offering an overview of i-banking for this strategy, Saurabh says, â€œWe are looking for P&L, not rankings. We focus on mid to early stage startups where we have a good chance of going all the way. “

Connexio has closed positions for unicorns as well as start-ups. This executive search startup engages with companies valued between $ 20 million and $ 500 million and also works with those beyond that range.

For Saurabh, his experience as an investment banker also helps him strengthen his influence with the startup community.

When it comes to the role of technology in the entire executive search industry, he thinks there’s a lot more to cover before it can play a very meaningful role.

According to him, artificial intelligence and machine learning work best where there is standardization in terms of data. Although human resource management is never homogeneous and there is a high degree of heterogeneity, it is difficult for these platforms to produce accurate forecasts.

The global executive search market is estimated to be around $ 16 billion to $ 18 billion, excluding recruiting activity. Connexio, which is largely self-financed, concludes long-term contracts with its customers where it receives a certain fixed remuneration.

Connexio faces competition from players that include global companies such as Stanton Chase, Eghon Zehnder, as well as boutique companies in this segment.

The founder of Connexio said that given the dynamics of funding startups, recruitments are picking up, resulting in increased demand for his services.

Today, outside of India, the startup is present in markets such as Singapore, Hong Kong and the Middle East.

â€œThere is scope to go much further in these markets and there are a lot of startups looking to expand in the West, which is also an area of â€‹â€‹opportunity for us,â€ Saurabh said.