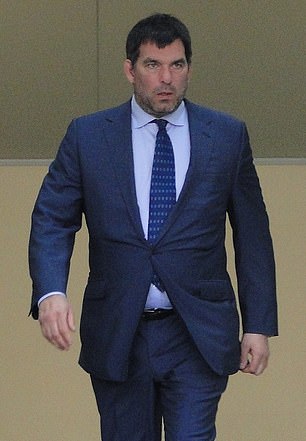 Drunk investment banker, 53, made lewd gesture to woman and hit bartender on the head, court finds

A drunken investment banker made an obscene gesture to a woman at a Chelsea gastropub and hit a bartender over the head when denied another drink, a court has heard.

Nicholas Dyte, 53, who lives in a Â£ 1million apartment in a gated private estate overlooking Wentworth Golf Course in Surrey, visited the Admiral Codrington pub in west London on December 18 from Last year.

While there, the investment banker, who admits he has a “smart mouth,” made a rude gesture towards a woman having a pre-Christmas drink with colleagues.

And when he was stopped by the woman, he put his arm on her, turned her around and leaned down to look at her butt – before hitting a bartender when he was told to leave.

He has now been convicted of assaulting both the customer and the bartender and of using threatening behavior during the incident last year.

Dyte, from Virginia Water, Surrey defended the case, insisting he had made no gestures with his mouth and fingers to intimidate a sexual act and only pushed the bartender.

But yesterday at Westminster Magistrates Court he was placed on a 12-month community order, which includes 120 hours of community service.

Prosecutor Mr Jonathan Bryan told the court: “The woman was with co-workers enjoying a pre-Christmas celebration and at 9 p.m. made eye contact with Dyte, who was on the other side. next to the bar. “ 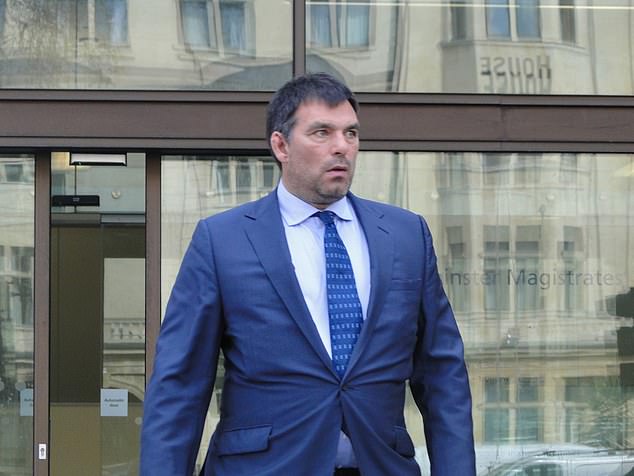 Dyte (pictured), from Virginia Water, Surrey fought the affair, insisting he didn’t make a gesture with his mouth and fingers to intimidate a sex act and only push the bartender . But he has now been sentenced by the court

She then told police, â€œHe made a rude gesture. He made a V-shaped symbol with his fingers and licked them three or four times while looking at me.

â€œIt was a sexual gesture. I was disgusted and decided to challenge him.

She says that Dyte, six feet five inches tall, asked, “How the fuck is your ***.”

Mr Bryan added: “He put his arm on her, turned her over and leaned down to look at her butt.”

Ten minutes later, Dyte was interrupted by the bar manager because he was so drunk and paid his bill.

“Before leaving, Dyte leaned over the bar and threw a single punch that hit the bartender’s forehead, causing bruising.”

Probation officer Christine Bradford interviewed Dyte and told the court: “He was having a pre-Christmas celebration and admits he has a ‘smart mouth’ when he drinks.

“He and his friends think he’s funny, but he knows other people don’t find him funny.” 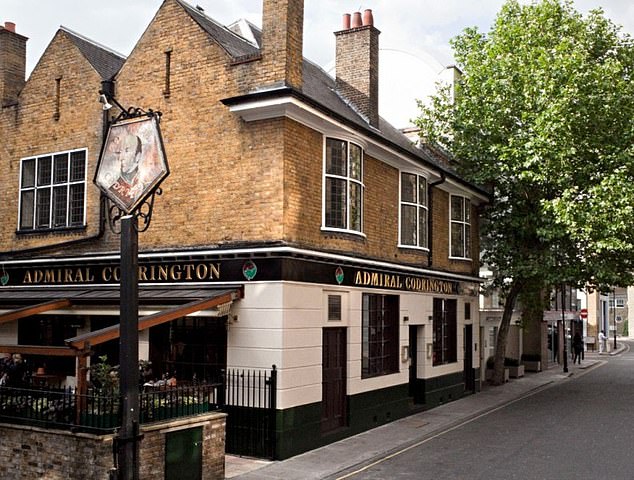 He added: “The manager refused to serve him and his friends alcohol. He admits pushing the bar manager, but not hitting him.

“He is currently setting up a new company, an investment fund in which he intends to be the investment manager, but believes these beliefs will cause him problems with financial regulators.”

Dyte told the court: “I apologize for the upset I caused, especially to the young woman. I have been embarrassed the whole evening and ashamed of my behavior.

“The obscene gesture is not something I did.”

Magistrate David Best told Dyte: â€œIt is a horrific incident that has taken place. The bar manager was doing his job and you were also very offensive to a pub customer.