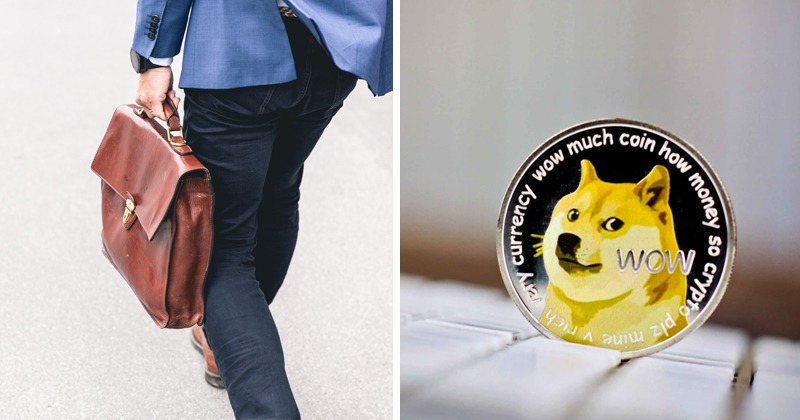 A London-based Goldman Sachs director quit his job after apparently making millions investing in Dogecoin. Dogecoin started out as a meme cryptocurrency that grew in value by 10,000% in 2021 alone.

Aziz McMahon was head of emerging markets sales at the investment bank and quit after amassing millions investing in the wacky digital currency. Dogecoin’s meteoric growth has surpassed any other cryptocurrency this year and it now has a market capitalization of $65.8 billion. That’s more than Twitter, Ford, and other Fortune 500 companies. Dogecoin’s value rose from $0.0054 at the start of the year to $0.515 on Tuesday. Early buyers of the digital currency amassed small fortunes, including an anonymous owner with an estimated stake of over $2 billion.

McMahon now plans to open a hedge fund with the money he earned according to efinancialcareers. As of now, it’s unclear how much money Aziz has made from Dogecoin, but it’s certain he was comfortable quitting his high-paying investment banking job. Aziz had been an investment banker for 14 years before his resignation.

It is believed that Aziz earned the income using his own money from his personal account and was not involved in trading the cryptocurrency for Goldman Sachs.

Dogecoin has also become the favorite digital asset of Tesla CEO Elon Musk, who refers to himself as the “Dogefather”. Currently, there is no limit to the number of Dogecoins that can be mined.

Some investors also believe the cryptocurrency could provide inflation protection, but could also be eroded as global economic growth picks up after nations began to recover from the COVID-19 pandemic.