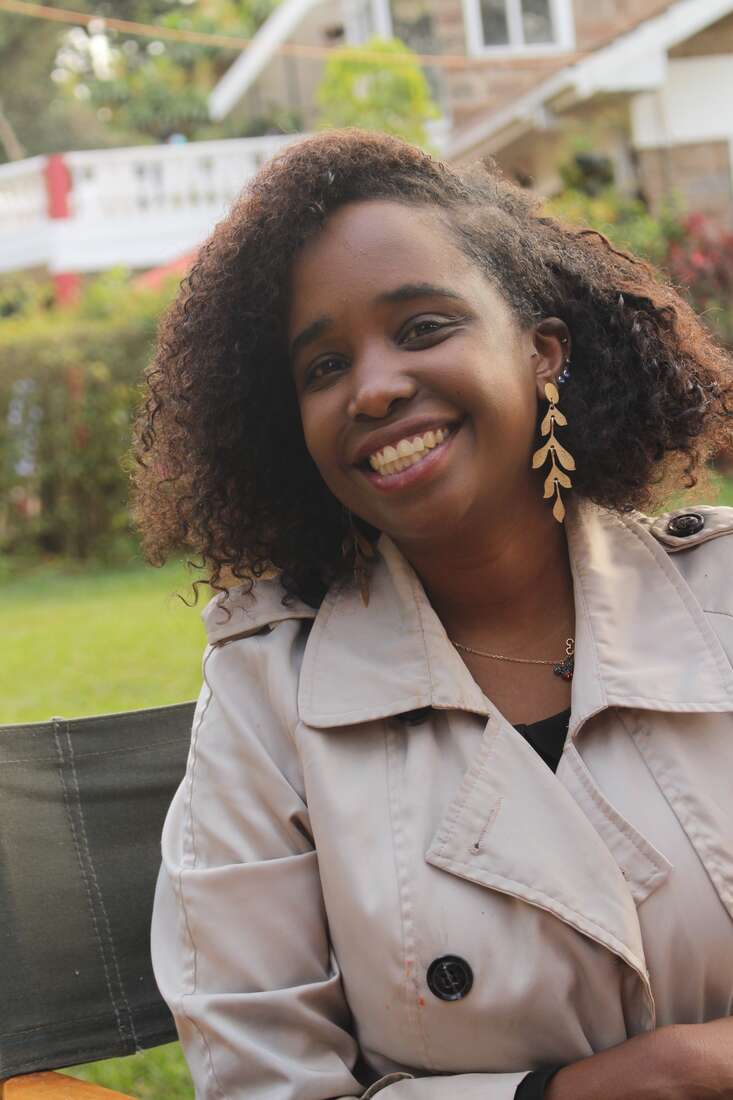 An investment banker makes his debut in the art

Sebawale Sio had quietly kept a secret light deep in her heart ever since she had joined Loreto Convent Valley Road and seen her first painting of famous Kenyan artist Peter Elungat.

â€œI thought I wanted to do something similar to what he does,â€ says the painter who is currently holding her first solo show in the new art venue, LifeStyle.

But for years, Seba was not ready to pursue a career in the arts.

â€œI went to State University of New York majoring in fine arts,â€ she says, â€œbut I was only there for a year and a half. What happened? I guess I was scared, â€she says.

Someone might have advised him to be “more pragmatic”. But in any case, she canceled this course and moved to the Sorbonne where she studied the history of art and French civilization with a view to obtaining a diploma.

Her next step was to get a scholarship and study international relations in Spain. It was another leap of faith to attend Schiller International University for two years, where she graduated with a bachelor’s degree.

â€œThe whole time I was drawing next door, but I never took my art seriously,â€ says Seba.

Her good grades and another scholarship led her to enter the London School of Economics where she earned a Masters in Law and Accountancy.

“I joined a law firm for a while, but then moved on to investment banking, which I did initially when I finally came back to Kenya.”

Working for a time in private equity, Seba finally realized that she could no longer keep her heart’s desire a secret. She had always wanted to be an artist, and finally, she decided to do what had been in her heart all this time.

The day BDLife went to see Sebawali’s first solo show at Lisa Christoffersen’s new art and culture space, Lifestyle, Seba was almost reverent when she told us that Elungat had just come to see her show.

Hers isn’t the first art exhibition Lisa has had since this stylish and eclectic gallery opened just over a year ago. â€œWe had a group show with Agnew Waruinge, Onyis Martin, Mary Collis, Coster Ogwang and Anthony Russell,â€ Lisa says.

But Seba’s is Lifestyle’s first solo exhibition, an event where more than 50 mixed media paintings hang not only on the first and second floor walls of this former domestic abode. Seba’s art also hangs gracefully from several trees around the Lifestyle acre complex.

“I painted these [outdoor pieces] onto watercolor paper and then enclosed in two clear glass plates, â€says Seba, noting that they are essentially waterproof because the frames and glass are hermetically sealed.

Entitled ‘Dedication: The Freedom Series,’ Seba says she’s been working on this series since early 2020. â€œBut it wasn’t until Lisa encouraged me to do an exhibit here that I started to prepare this series. show, â€she said.

Focusing on the theme of women, as were her previous exhibitions with her fellow artists at the Brush tu Artists Collective, Seba’s art has undergone several subtle but significant changes over the past two years.

She always mixes a range of rainbow colors as she works with mixed media, oils, acrylics and ink. But what’s remarkably different between then and now is that the women she painted before (mostly from memory, then changed by the imagination) were largely hidden behind a cloak of beautifully mixed colors.

You could see an eye or a lip emerging from the swirl of colors, as if the artist herself wasn’t sure the time had come to declare herself an artist.

But now most of her portraits are from the rainbow range, and we can see their feminine features clearly defined.

“They are part of a new series that I am currently working on,” explains Seba, who is nowhere near resting on her laurels. â€œIt’s called ‘Your mind is like a prism,’ she adds, noting that a prism separates white light into a broad spectrum of colors.

But the overall theme of this show is freedom, explains Seba as she stands next to her series of butterflies that have just emerged from their cocoons. They seem to reflect Seba’s free spirit and her emergence into the light.